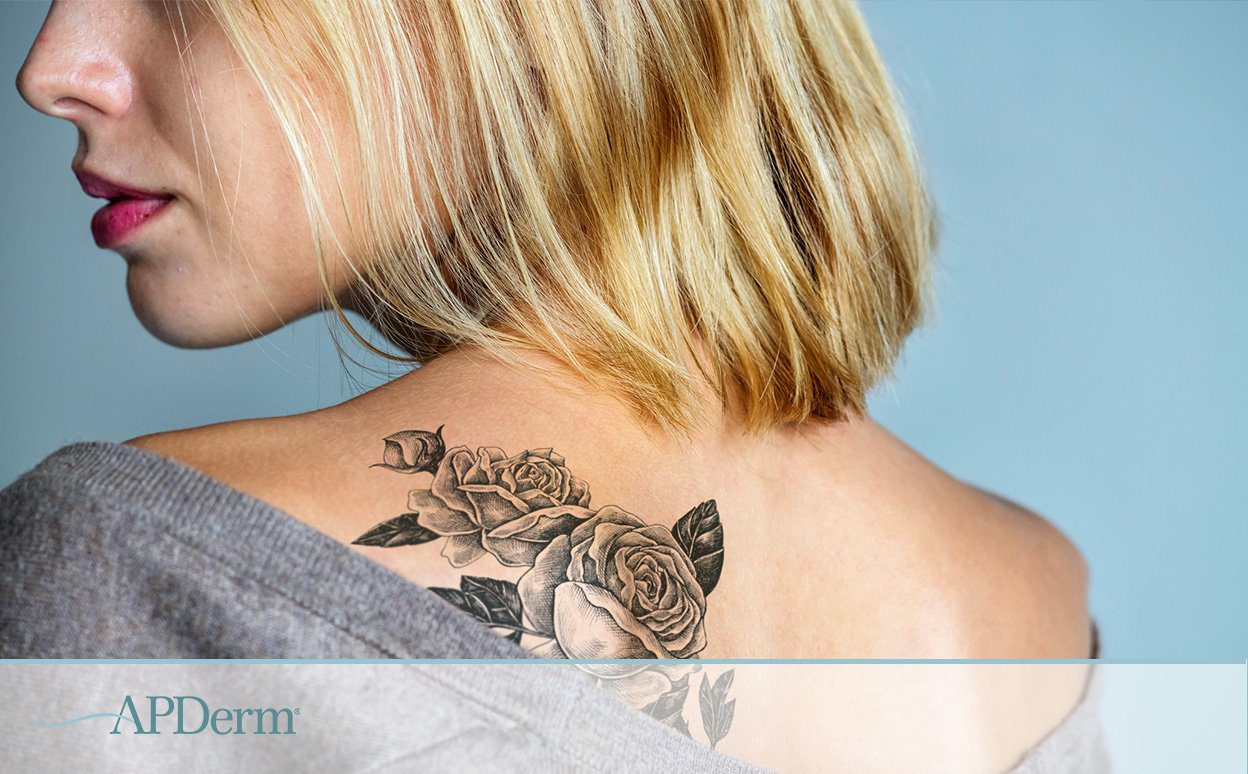 Regret getting a tattoo and want to have it removed? No judgement! Here’s how laser tattoo removal works to restore your skin.

Over the years, tattoos have become increasingly popular and a lot of people now have them. According to surveys, of the 145 million Americans who have a tattoo, at least 12% of them say they wish they hadn’t gotten it. This is a problem when something is designed to last a lifetime!

Fortunately, there are now ways to get rid of a tattoo you thought you’d have to live with forever. The most common and effective way that dermatologists can remove unwanted ink is by using pigment lasers. While there may be some pain associated with the removal process, rest assured that it will be worth it when you can move forward with clear skin. 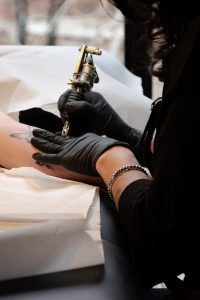 Tattoos are a popular form of self-expression. But sometimes we want to have them removed. Luckily, laser tattoo removal is an effective treatment that can restore the skin as much as possible to what it was before.

But how does this innovative treatment work? The lasers are created with a high-intensity light beam. When emitted, the beams break down the pigment – or ink – into smaller pieces which absorb back into the body. As black ink absorbs the beams best, it is the easiest tattoo color to treat.

In most cases, more than one session will be necessary to target and shatter all the pigment. The length of these sessions varies depending on the size of the tattoo. Between five and seven are generally required for small ones, whereas larger ink may require between eight and ten. At least six weeks is required in between sessions for the skin to have a chance to heal.

Redness, swelling, bruising, tenderness, and raised areas are common following treatment. These symptoms can last for up to two weeks. Most people who undergo this treatment are happy with the results and their restored skin.

Considering getting a tattoo removed? Make an appointment at your nearest APDerm location to discuss your removal options or call us at (978) 315-5707. Available at select locations.

Struggling with rosacea? Here's how to soothe this common skin condition

Do you struggle with regular, or the occasional, rosacea flare-up? Here’s what might be causing it and how to soothe your symptoms. Do you suffer from rosacea? You are not alone. According to the government, over 14 million Americans... Read More

Can Nail Slugging Restore Your Dry Hands This Winter?

Nail slugging is trending on social media and is an effective way to relieve and restore dry, cracked winter hands and nailbeds. Read on to find out why this trend is popular and how you can do it at... Read More

Find a location that offers Tattoo Removal near you

Struggling with rosacea? Here's how to soothe this common skin condition
Can Nail Slugging Restore Your Dry Hands This Winter?

All locations that offer Tattoo Removal