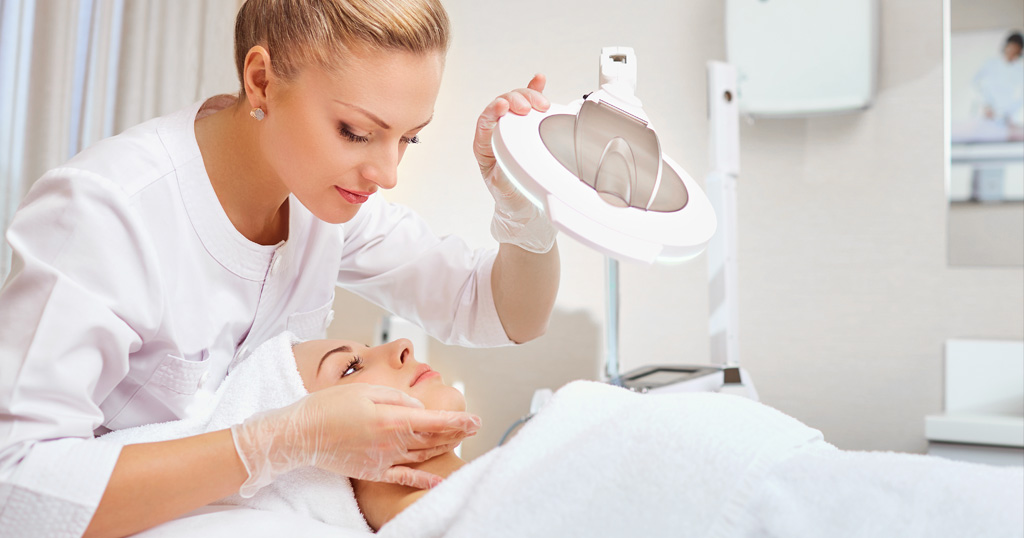 In the 1950s x-rays were used to destroy the oil glands that cause acne. Today lasers are being tried to target either oil glands or bacteria that both play a role in acne. This interest in using lasers has been prompted by a rise in antibiotic resistance, side effects of oral and topical treatments, and public enthusiasm for a high tech approach. To date, the studies on lasers and acne have been much less rigorous than those on medications and acne, however it appears that lasers do work.

Currently lasers that are used for acne require weekly or biweekly treatments for about eight treatments to give results that may last for months. Side effects include a sunburn-like reaction and swelling. So while laser therapy is not yet changing the face of acne, it may in the future. Laser treatment of rosacea, the acne-like facial rash that affects many adults causing pimples, spider veins, redness, and flushing, is another story.

Lasers including the Pulsed Dye Laser and the Intense Pulsed Light system are extremely effective in clearing the redness associated with this common condition.

The Sun and Vitamin D

With the shortened daylight hours upon us, the issue as to whether intentional sun exposure (i.e. in tanning beds) has health benefits is being hotly debated. Endocrinologists have theorized that increased levels of vitamin D3 over and above what had previously been considered normal levels may protect against certain internal cancers. Front page photos of a prominent Boston endocrinologist in his white lab coat lying in a tanning bed have given this issue national attention.

If this is true, how is it best to get these elevated levels? Oral supplementation is one way, but you would need to consume a large amount of oily fish. Is going to the tanning parlor a good option? No! The average person can obtain these elevated levels of vitamin D by exposing a small area of the body, such as the face and forearms, to the sun for 10 minutes two times a week. So while dermatologists advocate sun protection, it is hard to imagine that we don’t all receive at least this amount of exposure through our normal daily activities.

Vitamin D deficiency leads to rickets and bone mass loss (osteomalacia). These are not problems we see in the general population; there has been no increase in osteoporosis or decrease in serum vitamin D levels with typical sun protection recommended by dermatologists. Trying to elevate levels of vitamin D through excessive sun exposure is trading the possible and as yet unproven benefits of chemoprevention of one type of cancer with the certain risk of developing another.

Skin cancer awareness month is coming to an end – but that doesn’t mean taking care of your skin should too! Skin cancer is America’s most common cancer with over 5 million cases each year. Many of these cases... Read More

What is the best basal cell carcinoma treatment?

If you’re worried about getting skin cancer, basal cell carcinoma is the one you want to watch out for. Basal cell carcinoma occurs in about 8 out of 10 people diagnosed with a nonmelanoma growth, according to the American... Read More

Find a location that treats Skin Cancer near you

All locations that treats Skin Cancer