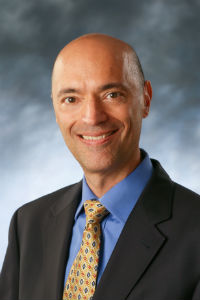 John A Watson, MD, FAAD Practices at the Following Locations

About John A Watson, MD, FAAD

Dr. Watson was born and raised in Queens, NYC. After graduating from Northwestern University, he received his medical degree from The University of Chicago Pritzker School of Medicine in 1988. This was followed by a family practice residency at Overlook Hospital in Summit, NJ. Dr. Watson then served as a staff family physician and flight surgeon at Plattsburgh Air Force Base in Plattsburgh, NY from 1991-1995. During this time, he volunteered for and served in ‘Operation Restore Hope’ as well as in operations in Kuwait and was honorably discharged at the rank of Major and awarded the Air Force Meritorious Service Medal. Dr. Watson went on to complete a dermatology residency at Vanderbilt University. He moved to New Hampshire in 1998 to join Dartmouth-Hitchcock Clinic first in Keene and then in Nashua where he was Chair of the Department of Dermatology. He was chosen by his peers as a leading physician in dermatology in New Hampshire Magazine in 2008.

Dr. Watson’s interests in dermatology include the prevention, diagnosis and treatment of skin cancer, and the use of phototherapy and systemic agents to treat psoriasis. He enjoys treating patients of all ages and considers himself to be a family physician for the skin.

Dr. Watson loves traveling with his wife and two children. He is a former Air Force Flight Surgeon and enjoys piloting a Cessna 182 Skylane.

Conditions and Treatments for John A Watson, MD, FAAD

John A Watson, MD, FAAD has contributed to the following articles